Getting the Band Back Together: The New BC Band 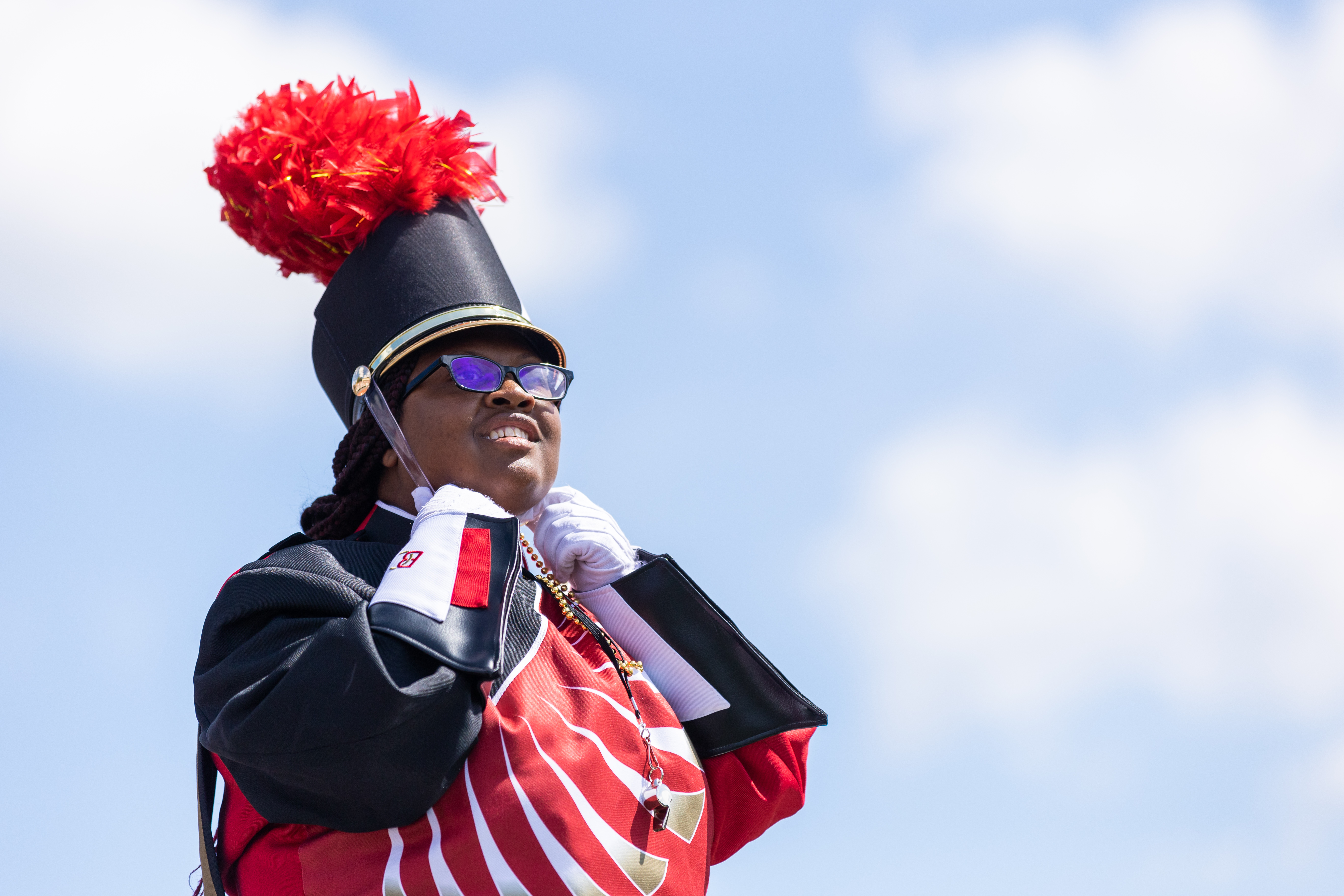 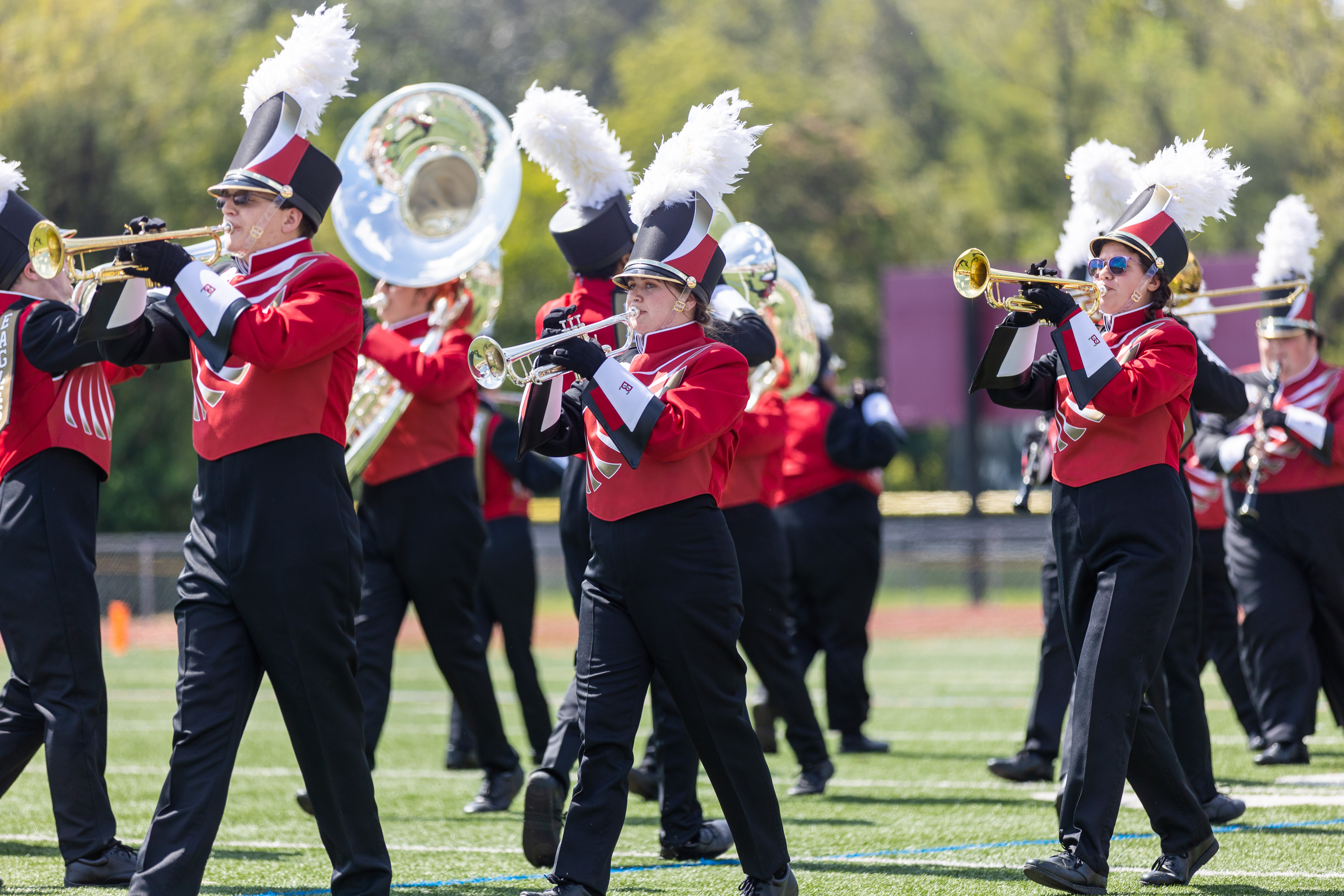 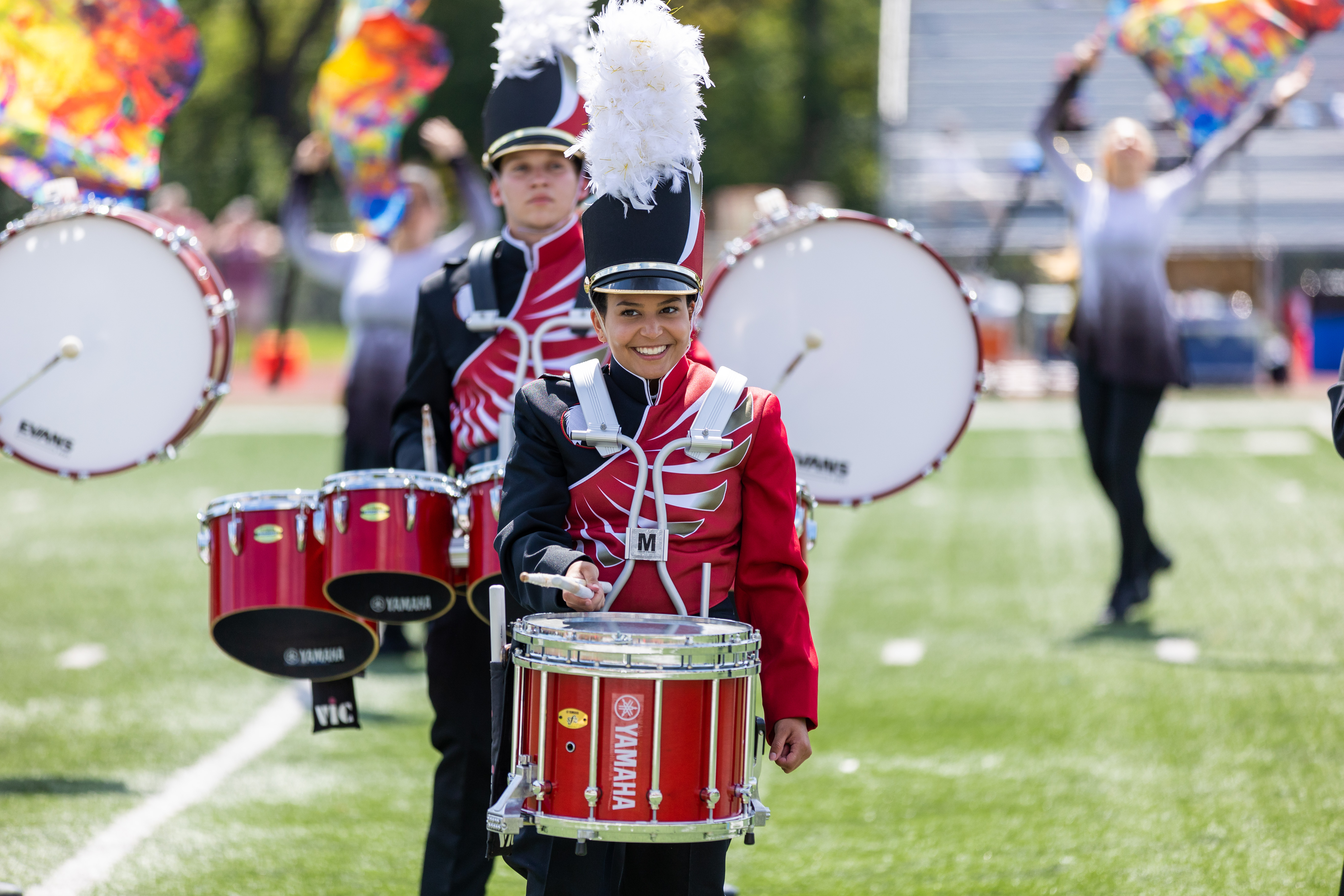 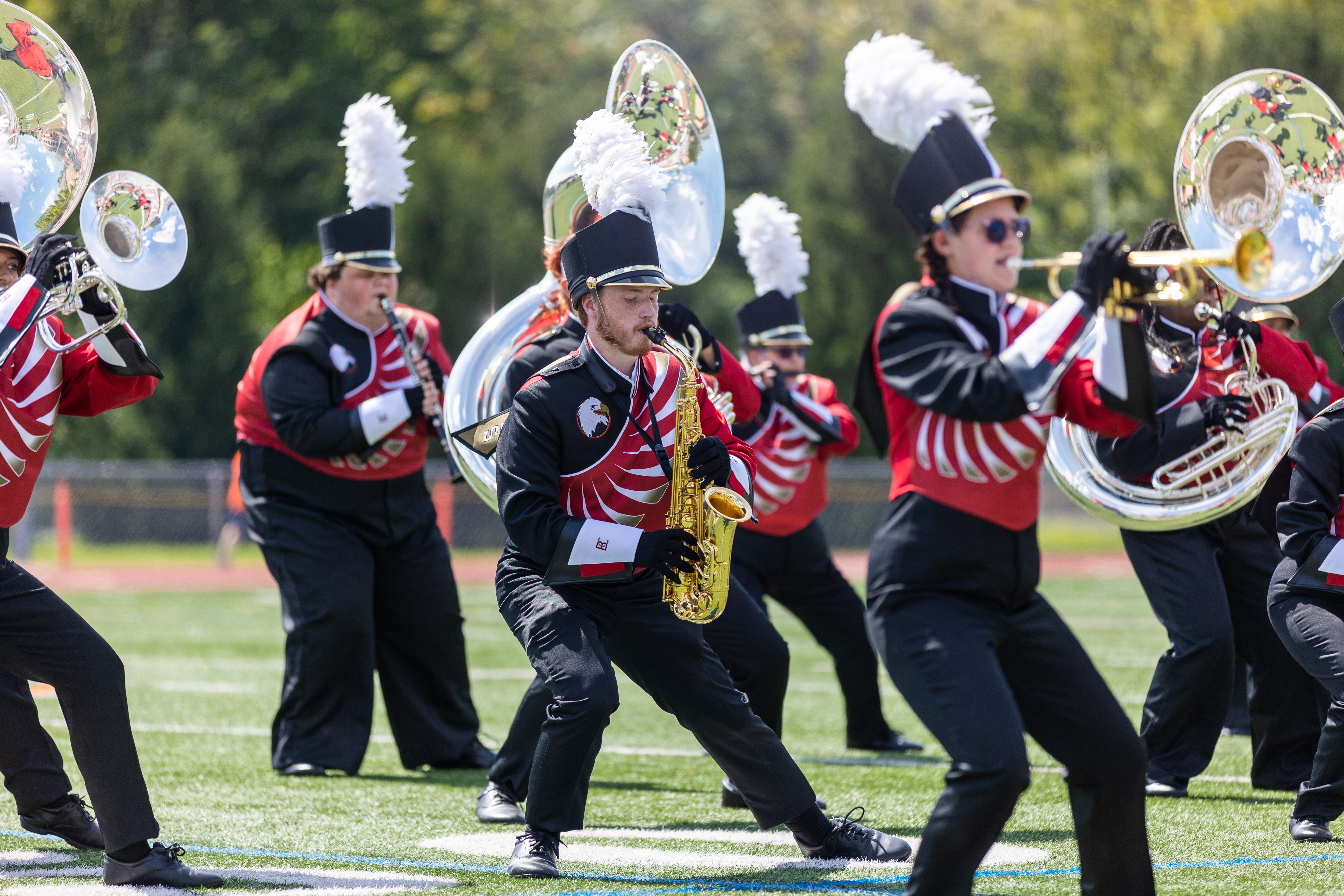 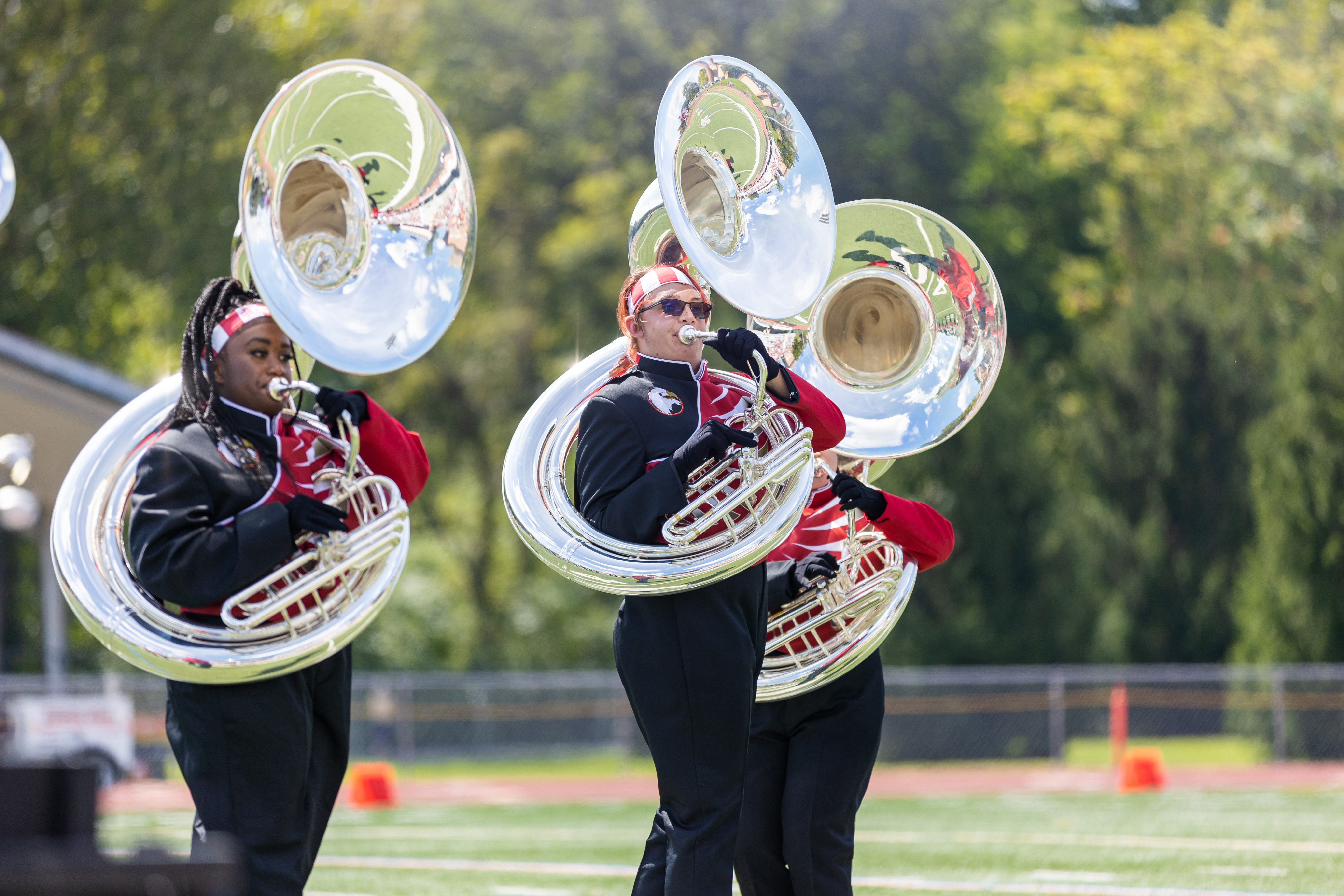 In late 2020 the Bridgewater College community started to buzz with surprise and excitement:  a new College Marching Band was scheduled to launch in the autumn of 2021!  The 50-member Screamin’ Eagles Marching Band made their enthusiastic debut at the September 4, 2021 home football game against Gettysburg College, parading through town and playing a mix of music arranged by Assistant Professor of Music Ryan Keebaugh.

The new marching band is open to both music majors and non-music majors.   Band members practice teamwork and communication while honing skills in music education and leadership.  As with the historic BC Marching Band, the Screamin’ Eagles boost school spirit and are an exciting component of athletic and other campus events.  Bridgewater College also expects the band to aid in student recruitment and retention, spreading enthusiasm as it grows.

The new marching band follows a long tradition of musical excellence at Bridgewater College.  Screamin’ Eagles are rooted in the College’s pep band, the first pep band in the Old Dominion Athletic Conference, as well as the older College marching band that spanned from the 1950s to 1970.

School spirit spreads with the Screamin’ Eagles!   As with the earlier marching band, bright uniforms, pageantry and bold instruments add to the excitement.  The new marching band includes brass, woodwinds, color guard, a front ensemble and a full drumline.

The Screamin’ Eagles are expected to grow to 110 members in a few years.  They are led by Director of Athletic Bands Barry Flowe, who arrived on campus in July of 2021. Also vital to the band are Dr. Christine Carrillo, Associate Professor and Department Chair of Music; Drumline Instructor, John Wilson, BC Class of 2017; and Color Guard Instructor, Brandon Gray.

Catch an old College tradition made new by taking in a Screamin’ Eagles Marching Band performance and see how Bridgewater College truly has gotten the old band back together!