Getting the Band Back Together: Band Leaders

The Leaders of the Band.
Meet Two of Our Favorite Band Directors, Past and Present! 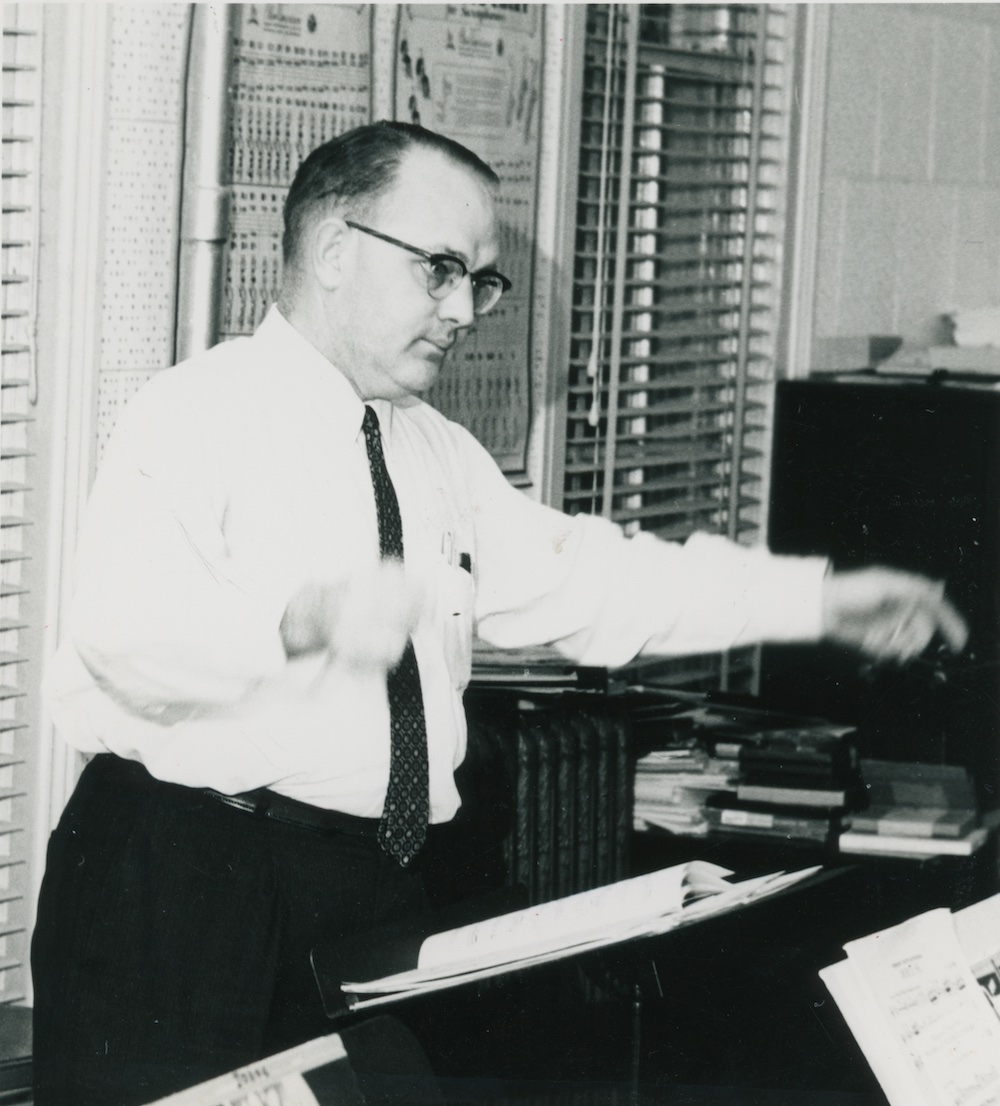 Roger E. Cole was band director and instructor of Instrumental Music at Bridgewater College from 1954 to 1966. His wife Marie C. Cole also taught piano and voice at the College from 1954-55 and 1959-66. Roger E. Cole held a Bachelor of Science from Juniata College and a Master of Music Education from Vandercook College of Music. He left Bridgewater in 1966 and moved to Delaware, having completing 12 years of service to the College and its students.

Professor Cole, when not practicing music or leading the band, pursued amateur radio (sometimes referred to as “ham” radio) as a hobby and communicated with other ham radio hobbyists internationally through his personal radio station, KN4OLA. A B.C. Bee article from 1957 says that Professor Cole even picked up signals from the Russian satellite Sputnik!

Professor Cole took over at a crucial time and was often noted for transforming the band into the hardworking group of students for which it came to be known. The 1958 edition of the College yearbook Ripples describes the band under Professor Cole’s direction as being small in size but fully capable of huge, spirited performances. 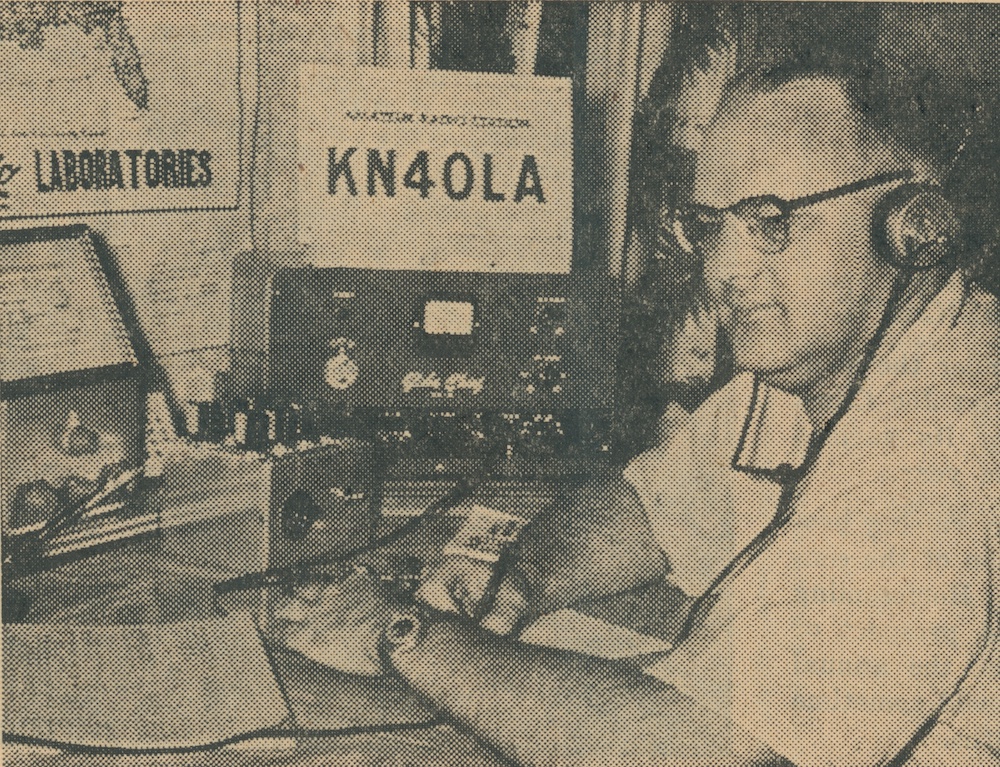 Professor Cole took direction of the band very seriously when he began in 1954, and by 1958, after working with the same group of students for four years, he built it into a talented, versatile, and inspiring band to remember. Based on descriptions of the band in several Ripples, Professor Cole seemed to be well-liked by members of the band, as he provided them a space not just for entertainment and socialization, but also to build their skills and appreciation for music. He was dearly missed when he resigned, and notably, the marching band only lasted another four years after his tenure at BC. 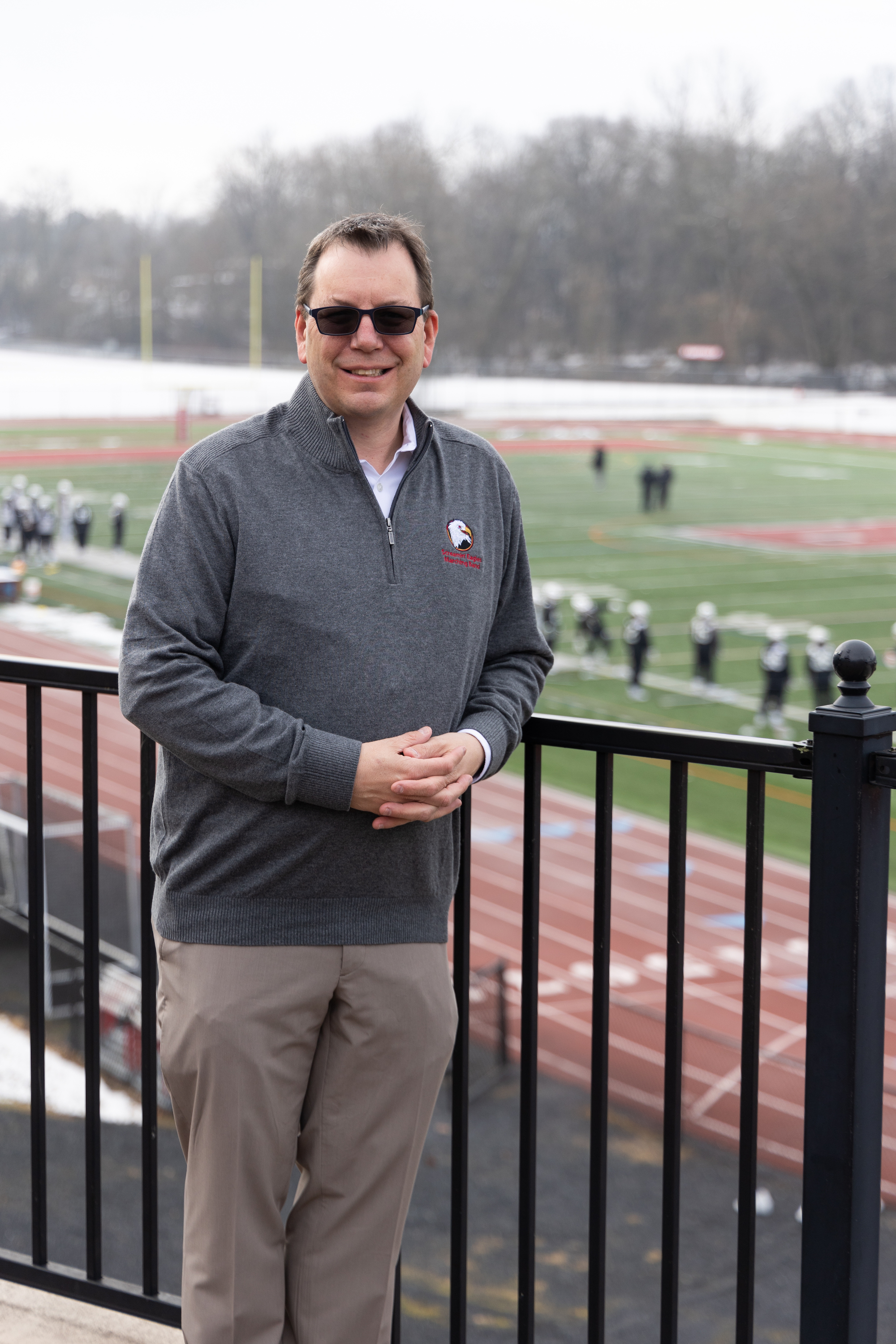 Barry Flowe joined Bridgewater College as an instructor in music education and Director of Athletic Bands in July of 2021. He holds a Bachelor of Music from Old Dominion University and a Master of Arts in Curriculum and Instruction from Virginia Tech. Mr. Flowe oversees the new Screamin’ Eagles, revitalizing the long-lost tradition of the marching band!

Like leader Roger E. Cole before him, Mr. Flowe is active in hobbies outside of his work with music education and band direction. In his downtime, Professor Flowe enjoys travelling with his wife and cooking.

Barry Flowe has rich experience with directing bands at the middle school, high school, and college level. He served as Pep Band Director at Randolph-Macon Academy for 19 years and was Director of Bands at Patrick Henry High School for 10 years. Professor Flowe brings a valuable background of support and knowledge to the reborn Bridgewater marching band. He also has valuable connections with band directors statewide that will no doubt bring musically inclined high schoolers to the College in the future. 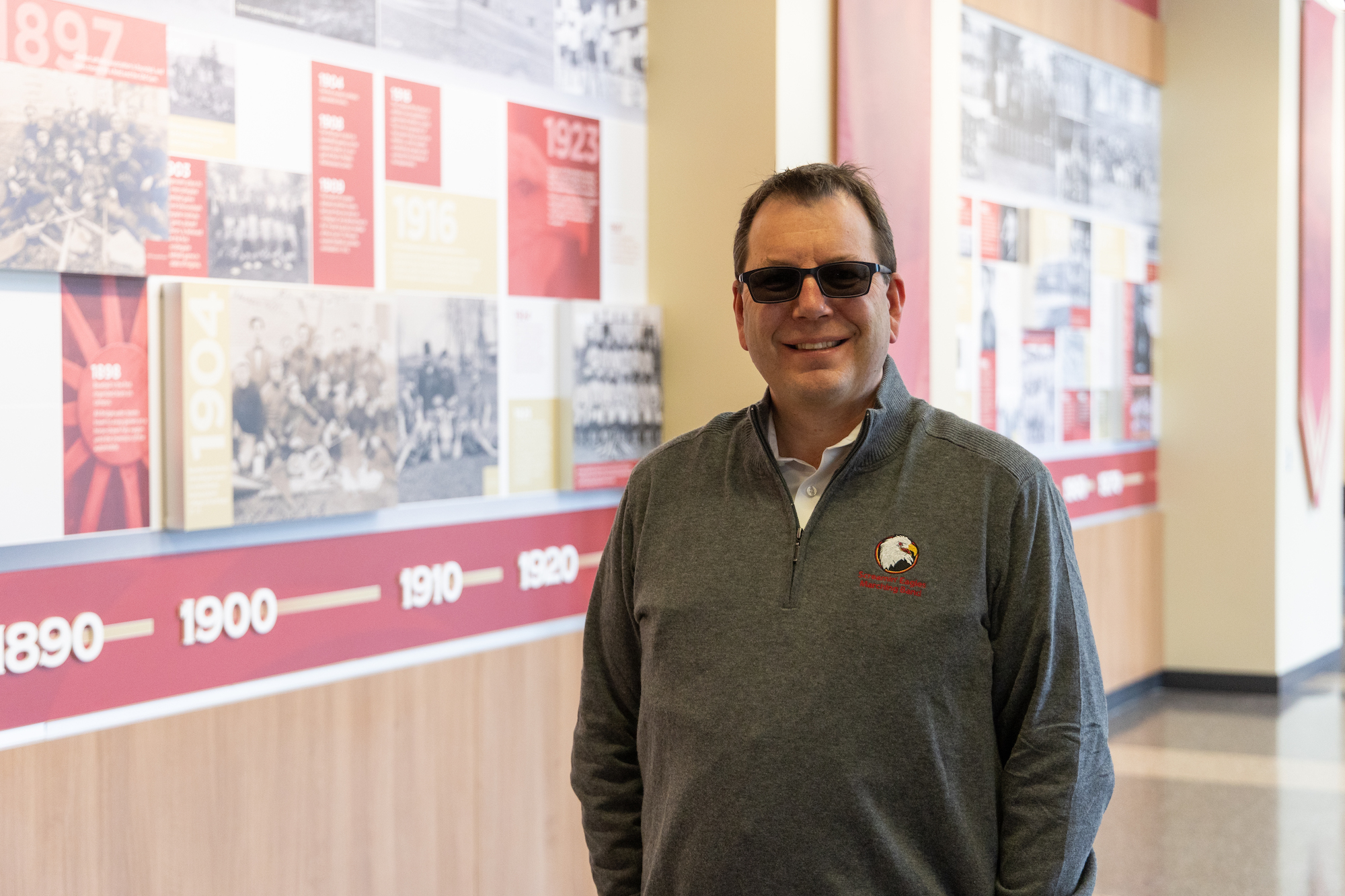 Professor Flowe is also accomplished in arranging band performances at events such as the Chicago Thanksgiving Day Parade and the New York City Veterans’ Day Parade. Perhaps Director Flowe will lead the Screamin’ Eagles to perform at such national events, and the new marching band will grow beyond the wildest dreams of its predecessors!