Historians aren't precisely sure when the Ancient Olympic games began; only that it was sometime before 776 BC and until 724 the only competition was a single footrace. As time went on, Spartans began to compete with the Greeks and more events were added, such as more footraces, chariot racing, and a pentathlon. Eventually the games were banned for having "pagan connections" in AD 394 and weren't revived until more than 1500 years later.

The modern Olympics began in 1896 with 13 counties, 9 sports, and 43 events, hosted by Athens, Greece. Four years later the first women competed, and in 1924 the Winter Olympics began. Slowly, traditions began to form and create the Games we know and love today. While these events have been the impetus for elevating athletes into star status and pushing the boundaries of the human body, they have also become a world stage for politics, protest, scandal, and tragedy.

Below you’ll find a selection of our display, including ancient and modern histories of the Olympic games, biographies of a few famed American athletes, and related topics.

note: Follow the title links to get a full description or to "place a hold". We'll pull it for you!

History of the Games 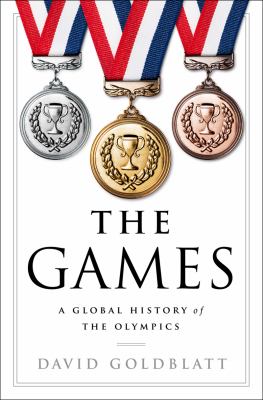 The Games by David Goldblatt
GV 721.5 .G65 G36 2016
The definitive sports and social history of the modern Olympic games--by a New York Times best-selling sportswriter. From the reinvention of the Games in Athens in 1896 to Rio in 2016, David Goldblatt brilliantly traces their history through national triumphs and tragedies, individual victories and failures. 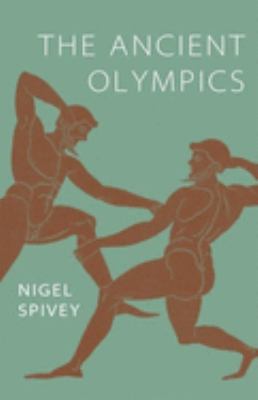 The Ancient Olympics by Nigel Spivey
796.48 S761a, 2005
After reading this book, no one will see the Olympics as a graceful display of Greek beauty again, but as war by other means. Nigel Spivey paints a portrait of the Greek Olympics as they really were - fierce contests between bitter rivals, in which victors won kudos and rewards, and losers faced scorn and even assault. Contested always bitterly and often bloodily, the ancient Olympics were not an idealistic celebration of unity, but a clash of military powers in an arena not far removed from the battlefield 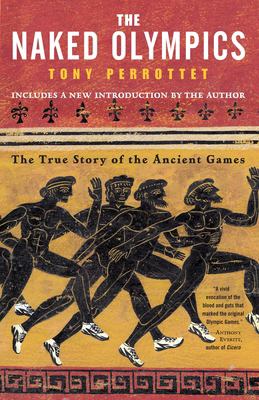 The Naked Olympics by Tony Perrottet
796.48 P461n, 2004
Ancient Greece was full of wonders, but none quite compared to the Olympic Games - the most dazzling event in the pagan world. Piecing together ancient eyewitness accounts, this history is a fascinating mix of the familiar and the wildly exotic, exploring the often harsh conditions the spectators endured, the bizarre events that were held, and even Plato's changing room pick up' lines.' 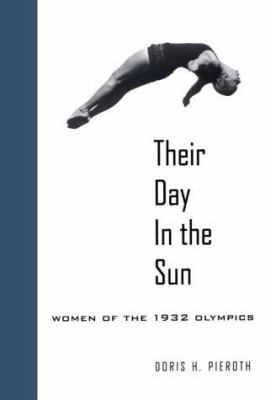 The 1932 Olympic games took place in Los Angeles in the depths of the Great Depression; that they were held at all falls barely short of miraculous. The United States sent thirty-seven women to compete--seventeen swimmers, seventeen track and field athletes, and three fencers. It was not easy, and far from acceptable, for a woman to be an athlete in 1932. Pieroth's account is drawn from interviews with eleven of the women athletes, family members, other Olympians of the era, and witnesses of the 1932 games. 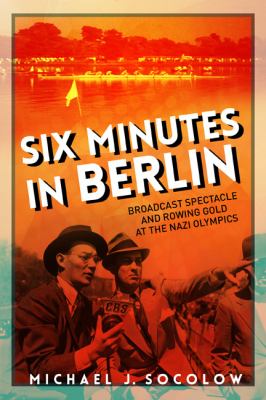 The Berlin Games matched cutting-edge communication technology with compelling sports narrative to draw the blueprint for all future sports broadcasting. A global audience--the largest cohort of humanity ever assembled--enjoyed the spectacle via radio. This still-novel medium offered a "liveness," a thrilling immediacy no other technology had ever matched. As Michael J Socolow shows, the origins of global sports broadcasting can be found in this single, forgotten contest. 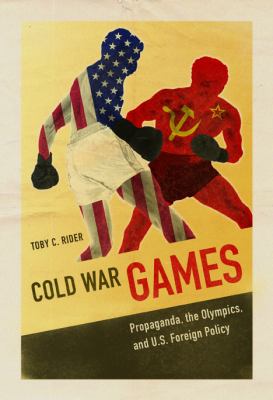 It is the early Cold War. The Soviet Union appears to be in irresistible ascendance and moves to exploit the Olympic Games as a vehicle for promoting international communism. In response, the United States conceives a subtle, far-reaching psychological warfare campaign to blunt the Soviet advance. Drawing on newly declassified materials and archives, Toby C. Rider chronicles how the U.S. government used the Olympics to promote democracy and its own policy aims during the tense early phase of the Cold War. 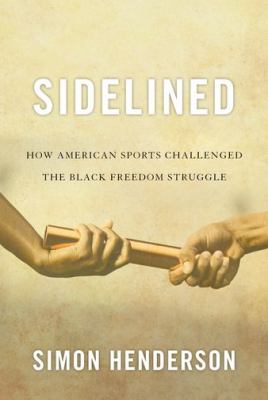 Sidelined by Simon Henderson
GV 706.32 .H46 S53 2013
Sidelined draws upon a wide range of historical materials and more than forty oral histories with athletes and administrators to explore how the black athletic revolt used professional and college sports to promote the struggle for civil rights in the late 1960s. Author Simon Henderson argues that, contrary to popular perception, sports reinforced the status quo since they relegated black citizens to stereotypical roles in society. By examining activists' successes and failures in promoting racial equality on one of the most public stages in the world, Henderson sheds new light on an often-overlooked subject and gives voice to those who fought for civil rights both on the field and off.
Biographies / Autobiographies 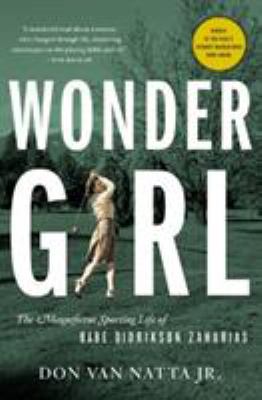 GV 697 .Z34 V36 2013
Texas girl Babe Didrikson never tried a sport too tough and never met a hurdle too high. Babe achieved All-American status in basketball and won gold medals in track and field at the 1932 Olympics. Then Babe attempted to conquer golf. One of the founders of the LPGA, Babe won more consecutive tournaments than any golfer in history. At the height of her fame, she was diagnosed with cancer. Babe would then take her most daring step of all: go public and try to win again with the hope of inspiring the world. 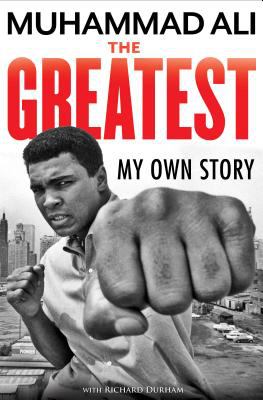 GV 1132 .A45 A35 2015
The Greatest is Ali's own story. For six years he worked, traveled and talked with Richard Durham, a writer with a stunning talent, and the result is mesmerizing in its brilliance, drama, humanity and sheer entertainment. This is no documented scrapbook of wins and losses strung together with anecdotes; nor is it a thin potpourri of locker room gags. This book, like Ali who has incited every reaction except indifference, goes straight to the place where responses to him have always been the gut. 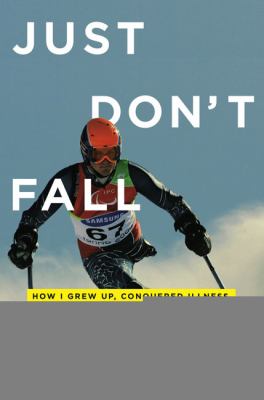 RC 281 .C4 S86 2010
One moment Josh Sundquist was your typical energetic and inquisitive nine year- old boy. The next, his entire life changed when he was diagnosed with Ewing's Sarcoma, a particularly virulent cancer strain that would eventually claim Josh's left leg. Josh journeys through a dizzying array of hospitals and eventually lands at a pivotal place: the nearby mountain, where he makes his first attempt to ski. It is on the slopes, and later, on the race course, that Josh's world bursts wide open in a way no one could have ever anticipated. 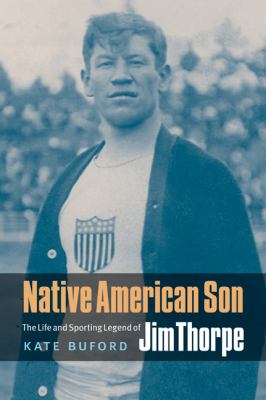 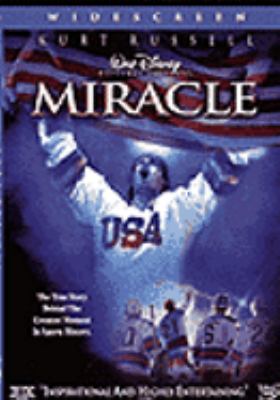 Call Number: DVD 791.4372 M671, 2004
"The inspiring true story behind one of the greatest moments in [American] sports history - the 1980 United States ice hockey team's Olympic victory against the Soviet Union"--Container. 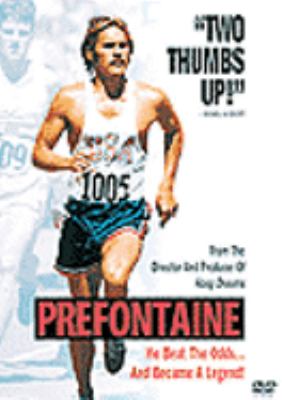 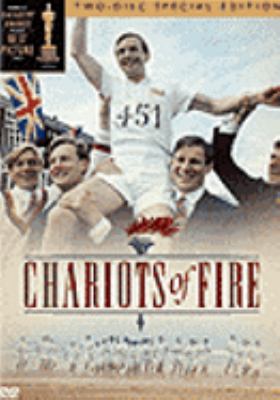 Chariots of fire
Call Number: DVD 791.4372 C473, 2005
The story, told in flashback, of two young British sprinters competing for fame in the 1924 Olympics. Eric, a devout Scottish missionary runs because he knows it must please God. Harold, the son of a newly rich Jew runs to prove his place in Cambridge society. In a warmup 100 meter race, Eric defeats Harold, who hires a pro trainer to prepare him. Eric, whose qualifying heat is scheduled for a Sunday, refuses to run despite pressure from the Olympic committee.
Race
Call Number: DVD 791.4372 R118 2016
Jesse Owens' quest to become the greatest track and field athlete in history launches him onto the world stage of the 1936 Olympics, where he faces off against Adolf Hitler's vision of Aryan supremacy.
Olympia : The Complete Original Version
Call Number: DVD 796.48 O53, 2006
Freedom's fury
Call Number: DVD 943.9052 F853, 2007
Retells the story of the Hungarian Revolution of 1956 through the eyes of freedom fighters as well as athletes from the Russian and Hungarian water polo teams. In the midst of the upheaval, both Hungary and the Soviet Union sent their water polo teams to the 1956 Olympics in Melbourne, and the world watched as two teams with radically different points of view met in the same pool for the water polo semi-finals. The resulting bloodbath gave new meaning to the Russian saying: "Water polo is not ping-pong."
note: unless otherwise stated, descriptions were edited from publisher information.
Add a Comment

Sylvia's Picks: The Olympic Games!
Taylor's Picks: Crème de la Crime
Vickie's Picks: Filmmaking
Feeling left out of the Netflix conversations? Read up on filmmaking and join in the next discussion about Christopher Nolan's next movie.

Enter your e-mail address to receive notifications of new posts by e-mail.